Yesterday I shared the boxes I made with the July Paper Pumpkin kit "Wish Big". Today I'll share the cards I made. 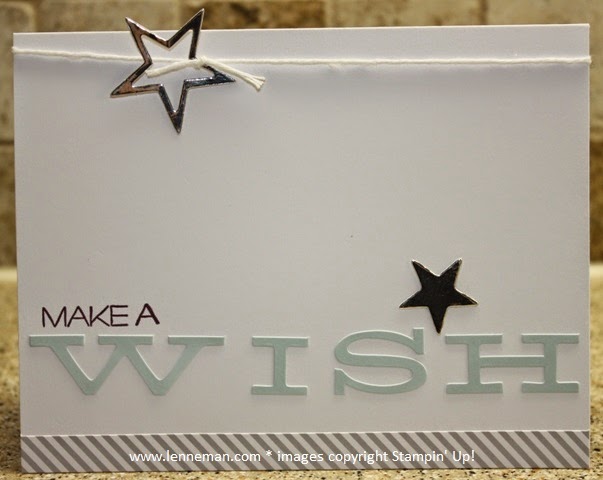 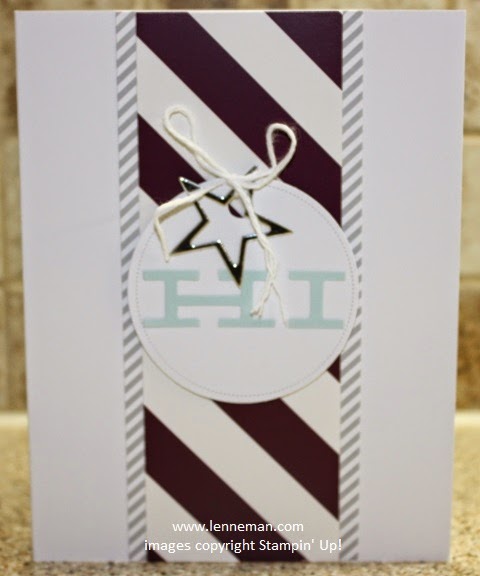 I saw someone on Pinterest had used the letters for "Hi" and liked it. This one uses part of one of the boxes for a layer. 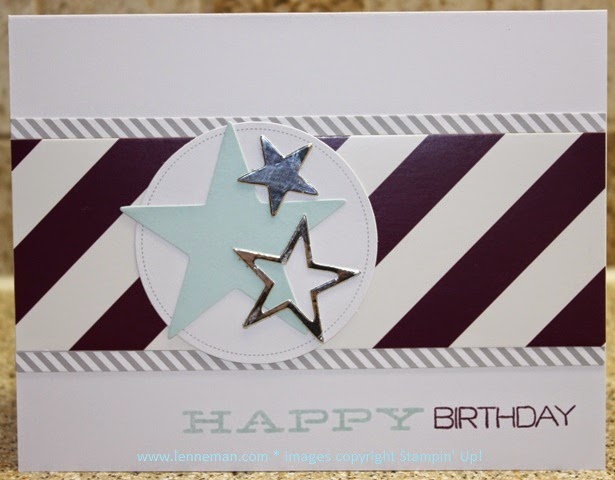 Another one with part of a box for a layer. 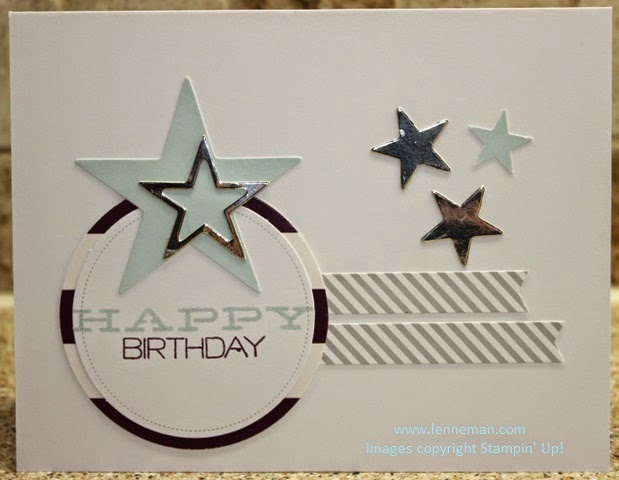 I punched a 2 1/2" circle from the top flap of the box I cut up and used it as a layer. I used the Banner punch to make the ends of my banners. Also the star punch from the Itty Bitty Accents Punch Pack to add a star punched from the sheet of star and heart stickers. 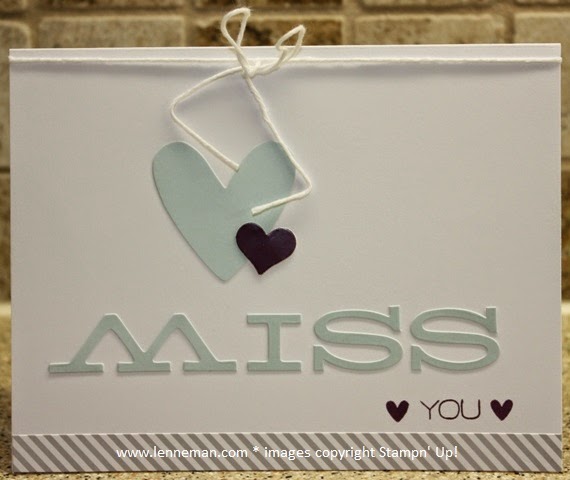 I had the sticker sheet turned around on my desk and realized the W could be used as an M and came up with this card. 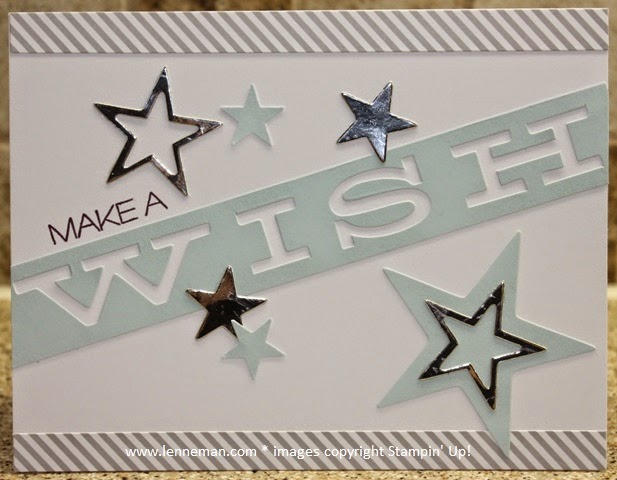 The negative of the sticker sheet for letters. 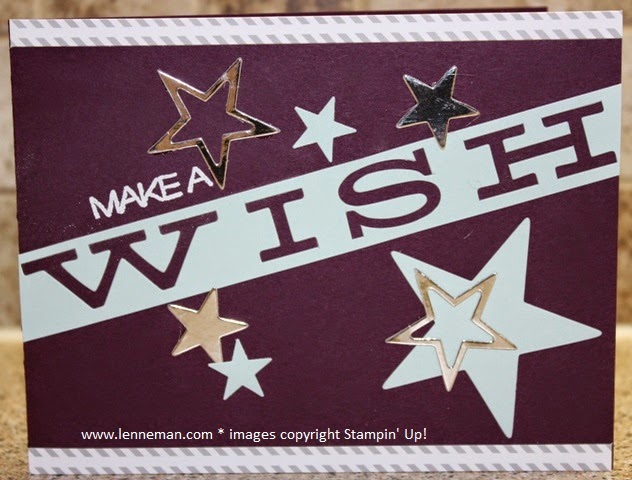 Same idea as above, but with a Blackberry Bliss card base. 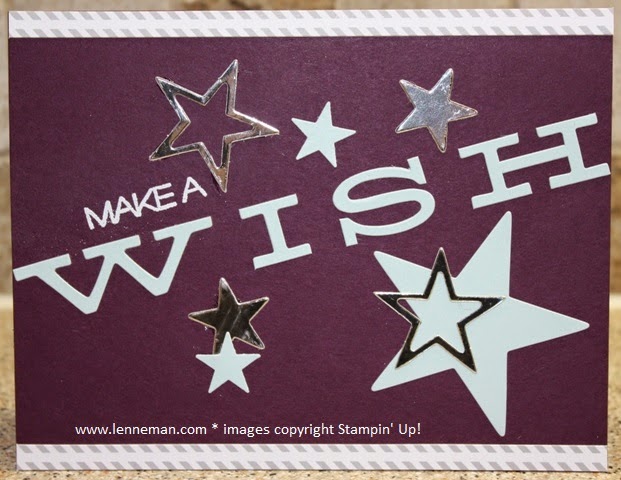 Another similar version with a Blackberry Bliss card base. 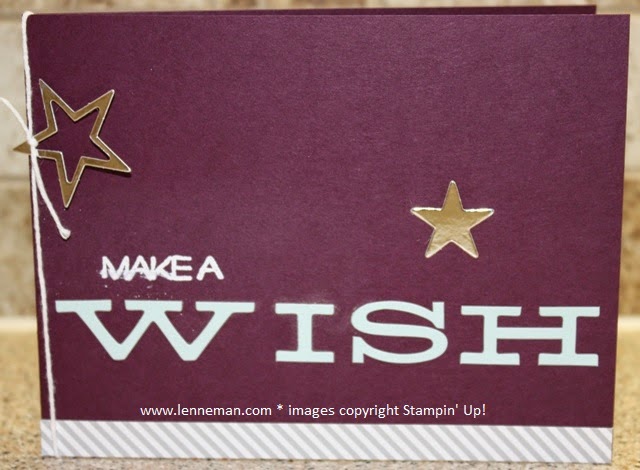 The original card with a Blackberry Bliss card base. Wish I wouldn't have touched the embossing powder and messed up the "Make A"!

If you are not a Paper Pumpkin subscriber yet, go to
https://mypaperpumpkin.com?demoid=40546 to sign up!