A Flag Card For Sarah

Our soon-to-be daughter-in-law Sarah is originally from Canada, but has lived in Minnesota since she was 4. On Tuesday she had her swearing in ceremony to become an official US Citizen! Of course I had to make a card to celebrate! I don't have any current flag stamps. Actually, I don't think there are any current flag stamps! So I used my God Bless America stamp from 2001. An oldie but goody! 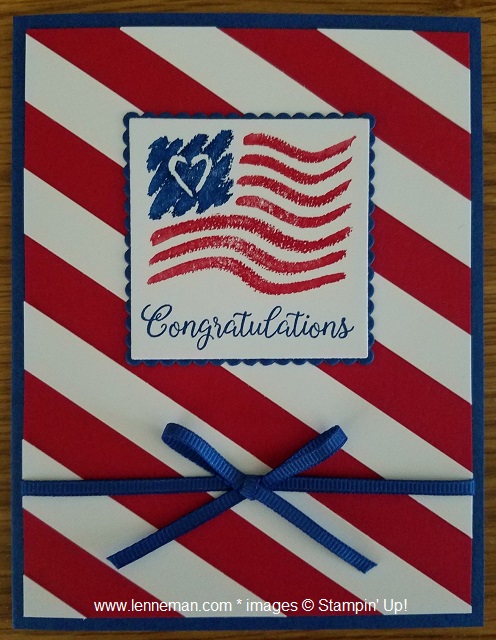 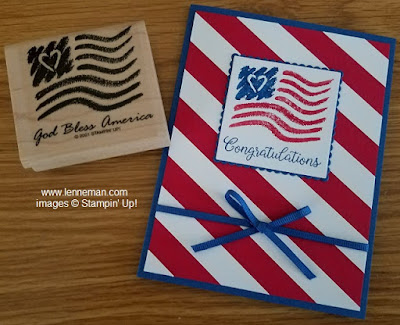 I colored the stamp with my Stampin' Write Markers. The stripes on the background are 1/2" Whisper White strips on a piece of Real Red cardstock. I used my new Paper Trimmer to cut them. It is awesome! The bow was too bulky when I tried tying it around the background layer, so I ended up just attaching a strip of ribbon and then adding a pre-tied bow with a glue dot. 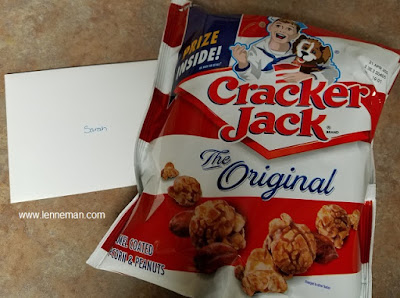 I bought her some Cracker Jack, too! 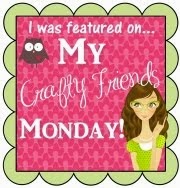